Concerto for Violin, Cello, and Piano

Commissioned by the Delphi Trio

Tales of Mermaids occupy centuries in our collective imagination, appearing under various guises, names, cultures, and forms. Be from Ancient Greece or Medieval Europe, they also inhabit a great diversity of bodies of water, be they oceans, lakes, rivers, wells, or springs. These magical shapeshifters can mold themselves as much as the very narrative of their stories, which changes over time to cater to a particular culture, era, or geographical location. It is fantastic to think that the essence of the Mermaid remains, to this day, remarkably close to its origin, given all its transmutations.

The narrative of this piece emphasizes the European Mermaid, the one closest associated with our modern-day perception. Melusina, from “Curious Myths of the Middle Ages” by Sabine Baring-Gould, is the starting point. But the piece also alludes to other water deities related to mermaids appearing worldwide. Yara, the Brazilian killer siren from the Amazon forest who seduces men with her hypnotic chant and then kills them, is depicted here. The Syrinx, a water spirit of Ancient Greece, finds its way into the work in a swift musical quotation, a piece from Debussy which bears its name. Another musical quote from Ravel also occurs in honor of Ondine, a water nymph of the European tradition.

The mermaid archetype is often tragic due to its recurrent themes of impossible, conditional love of a being who cannot find peace or balance between her desires and what she receives. However, this piece explores her consistency in being in an eternal flow state, seemingly with the water element. Though she falls in love and wants to settle, it is more on a mission to captivate than become captive. 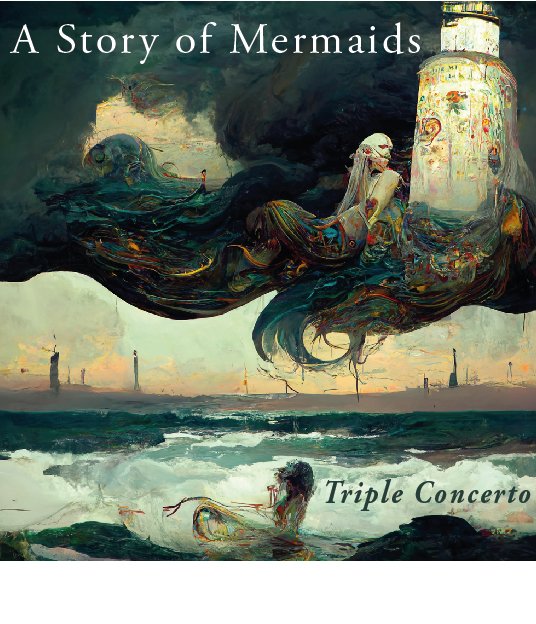 A Story of Mermaids