“a humorous piece about the insecurities and obsessions of modern women that swings between musical theater and cabaret, with jazzy piano riffs and tango-fingered strings.”

This song cycle is a humorous cross-over project between cabaret and musical theater with hints of jazz and South American music. The set deal with issues experienced by many women in our modern-day society. Rooted in the extremes, the songs depict characters who expose their deepest, most hidden emotions and feelings to the world in a darkly comedic way. These texts have been written by women who are not writers, lyricists, or poets. Most have chosen to remain anonymous.

The first song, “Turn back the clock” (text by Catherine Maxymuk), is a funny yet frustrating reaction to the idea that women should look perfect, young, and thin at all costs. The second song, written in the French impressionist style, What will they think (edited by Naomi Major), deals with deep insecurity, followed by a dream sequence in which the character fantasizes she is someone else but awakes to the reality of her world. The last song, Fixation (text by Alissa McLaughlan), is a comical account of guilty pleasures and lack of self-control. 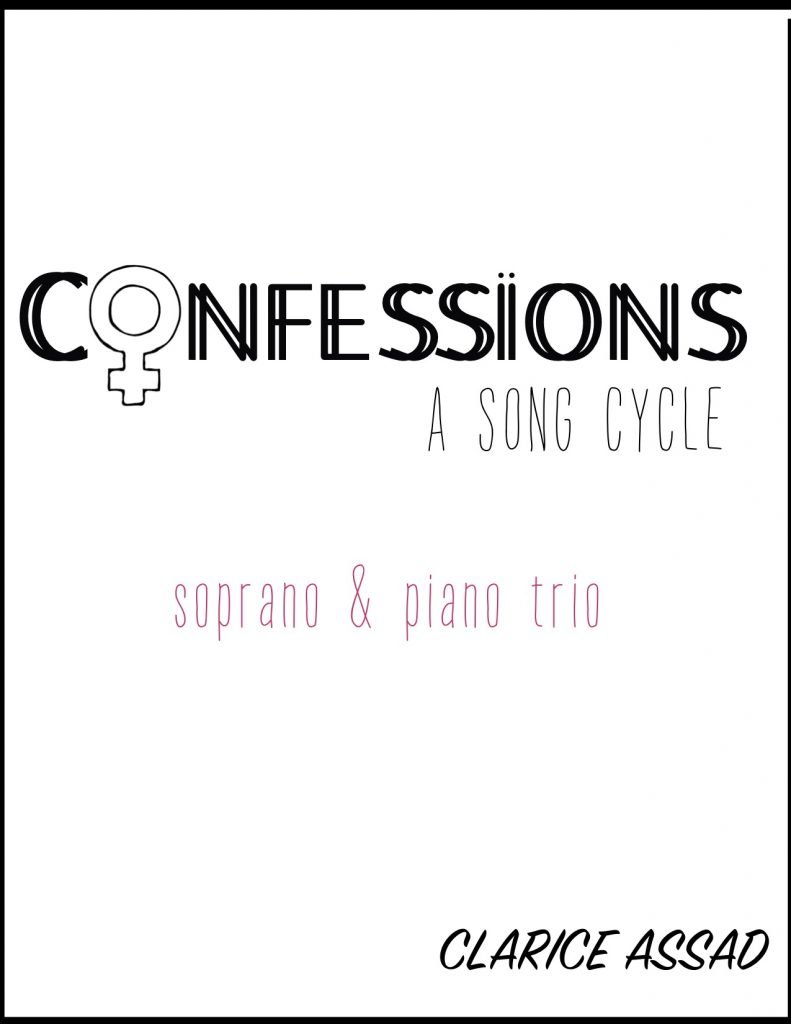 Listen to Laura Strickling and Clarice Assad on the VOXploration podcast!