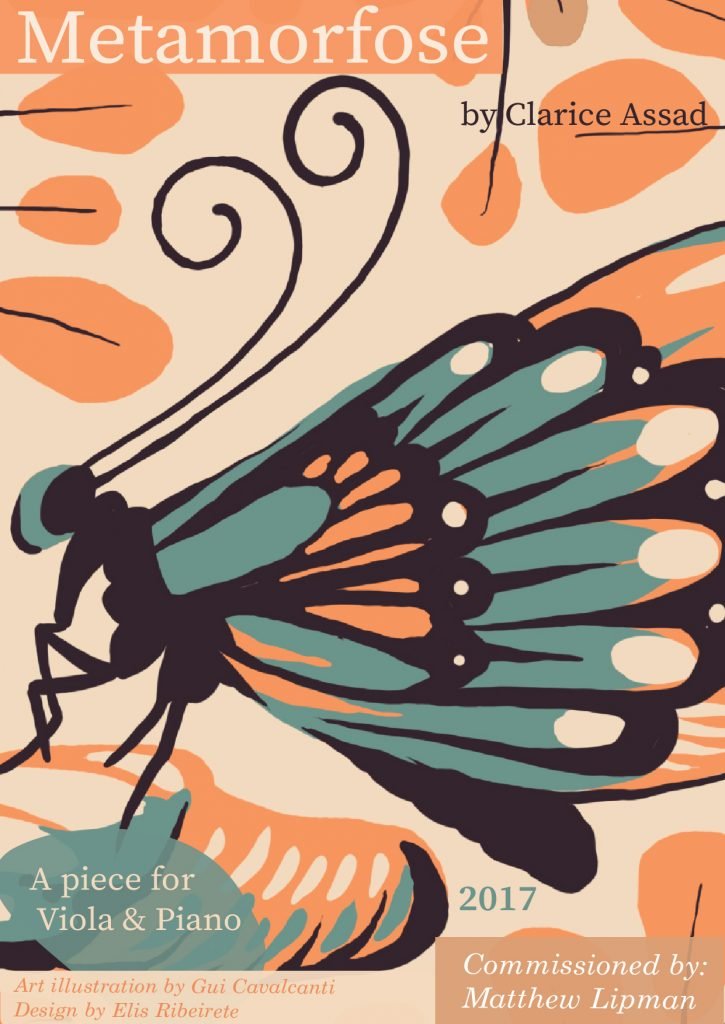 When Matthew Lipman approached me to collaborate on a project, I immediately fell in love with him. There was something incredibly genuine about his personality,  and I was mesmerized by his flawless virtuoso playing, besides being swept away by his musicality as a whole.

He asked me if I could write a piece in memory of his mother, and while I was beyond touched by his request, I also became nervous at the thought of not doing it justice and so lived with this idea for a long time before writing a single note down.  I wanted to learn more about him and their unique relationship.  Only time could afford me the opportunity to do this.

By the time I started writing Metamorfose, I had a good idea about what might have been the relationship between Matt and his mother:  the sweet and bitter-sweet moments; the final lingerings of pain that were still present in his voice as he mentioned how much he missed her, and the long journey of recovery into the person he is today.

In my mind, the metaphor became apparent in a butterfly’s beautiful and unexpectedly gruesome metamorphosis.  It made so much sense to me in all its stages compared to the grieving process.  The story of emotional, physical loss, and pain; the transition from something so excruciatingly difficult into the freedom that perhaps only acceptance can provide too much of the suffering that takes place in the world in all its forms.

And so, this is an homage to Matt and his mom, a musical portrait of two different people, in two different worlds and instances, bound by the passage of time and love.